The story of SASSO

SASSO is one of the founding fathers of traditional poultry breeding. Its story began in the 1950’s when Serge Perrault, a poultry farmer based in the South West of France, decided to preserve and select local strains of poultry, developing as a pioneer, the first traditional breeders: The T lines were born. In 1978, SASSO was officially created thanks to a cooperative of farmers involved in “Label Rouge” chicken. Settled in the middle of the Landes forest, SASSO could then grow in a protected area, developing more and more strains dedicated to traditional poultry, in adequation with the markets’ demands.

That’s how we built decades of experience in preserving, breeding and improving rustic strains. Thanks to our lines’ diversity and French origin, as well as the development of the Label Rouge, it became as an evidence that the SASSO lines could fit for many other parts of the world. In 1990 we settled a second location in Sarthe, closer to Paris’ airports, allowing SASSO to export its products all over the world much easier.

More than 40 years after, SASSO now serves over 50 countries worldwide. As part of Hendrix Genetics, a leading global multi-species breeding company, SASSO is now taking new steps to strengthen research and development, as well as the safety of our production. We recently established backup and GP locations in Brazil and Canada allowing us to secure our production and exports in case of sanitary bans. 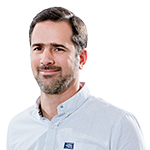 We focus on a regional approach with products that will deliver on the things that matter to you. Our team also works with a wide range of customers, so whether you are starting out in poultry farming for the first time, or you are a large-scale integrator, we will give you the support that’s right for you. Wherever you are in the world, you can contact us for technical expertise and market development support.

Raising traditional poultry has the potential to bring positive change for the business in the future. With SASSO, there’s no one size fits all approach.

What can you expect when you open the door to new opportunity? SASSO colors your world. We carefully look at your region, market, and management style to give you a product and support that works for you. Our vision is to empower our customers with unique solutions for accessible, delicious, and healthy protein.

Get in contact with your local sales representative to learn more about SASSO.